A few months ago a couple was at a place near the beach having sex when they were surprised by a thief with a knife. The thief began looting their belongings such as cellular phones, wallets, and jewelry.

After this, the attacker threatened the couple and the man was restrained. He forced the lady into having sex with him, but the assailant did not ejaculate. The attacker fled the scene and dropped all the belongings of the couple in several areas near the crime scene. It is worth mentioning that on the night of the events, the night rain removed any impression that may have been used as the identification of the perpetrator.

After the aggressor fled, the couple ran to the nearest road and found a highway patrol. The highway patrol started the search for the suspect. A subject with the same characteristics of the suspect, 20 years old according to the statements of victims, was arrested in the vicinity of the attack.

Among the physical evidence found at the scene, little could be collected as the rain that night completely deleted all fingerprints and shoe impressions at the scene and the objects found in it. The chemical analysis of the rape victim found semen but it was the semen of the partner with whom sex was consensual. The only thing that the prosecution had was the testimony of the victims indicated that the suspect was the person who had attacked that night.

To corroborate the above it was necessary to turn the testimony into physical, tangible evidence that could or could not illustrate his credibility at the trial. That is why I was named by the court to clarify doubts about the identification of the suspect. It was necessary to analyze and observe the crime scene in the daylight. On a hill was an area with a cement floor, a destroyed wooden roof, and a concrete perimeter surrounded by tall grass. At the bottom of the hill was the beach. 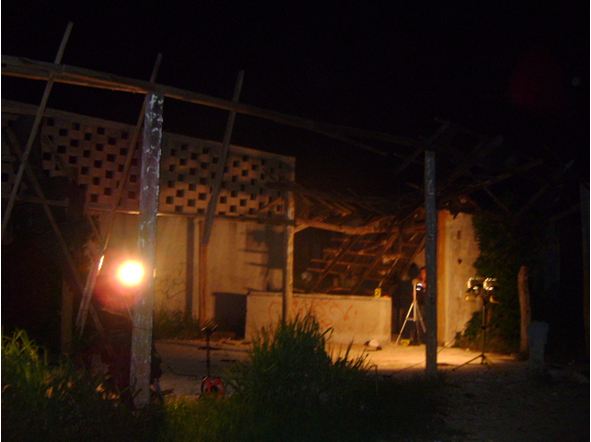 For the development of this technique was necessary to have the following equipment:

First the signs are placed in the points or the sites mentioned by the participants to determine the position of each of these. Lighting tests were performed to cover all areas and ensure certain areas remain unlit. 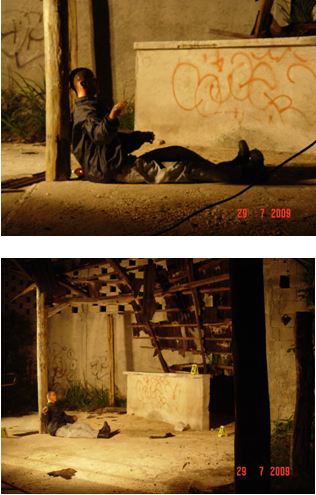 This was based on the testimony given the day the incident occurred in the same position and in the same field of view. 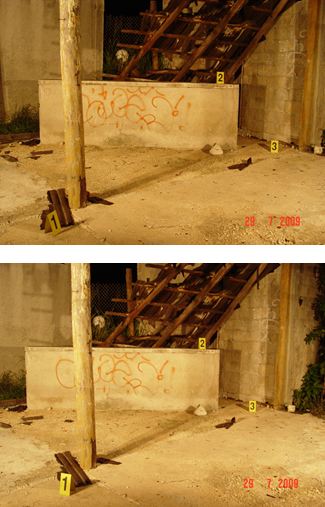 Preliminary tests were performed to calibrate devices that were used to photograph the ballistic laser procedure to have the best perspective and accurate data concerning the recreation of the events. Two people helped to mark the same positions at the points already mentioned above. To better view the viewing angle of the witnesses, the ballistic laser angle was used to obscure the front section of the site using only the light from the street lighting as a reference of the projection of shadows. 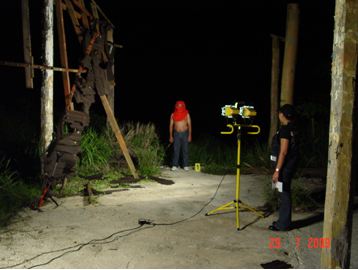 Then the depth and breadth of visual field was analyzed by placing the equipment already mentioned using the following method:

The lighting was positioned at the height of the observer's (victim's) visual field in all different points of view which are: 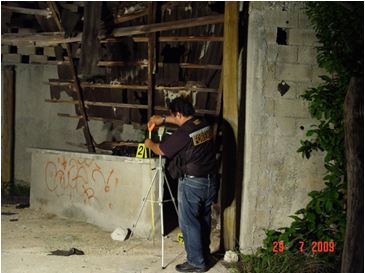 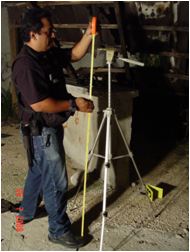 2. In each of these points of view the following sources of lighting were subsequently placed:

After reading every one of the records and having reproduced the experimental phase for each and every one of the points found in this opinion, the opening statement of the victim was preliminarily analyzed and drawn upon to form relevant criminological comments:

Once the experts concluded to study each and every one of the signs related to this opinion and then received the results of their study, they proceed to draw conclusions based on a deductive-inductive process, without forgetting that we rely to initiate the study of such firms in different technology and analytical methodology to divide the problem and reasonable best. In addition, we relied on the analog method - used comparatively to identify likeness or resemblance, and infer some signs of paragraphs related to the fact.

By virtue of meeting all the above requirements and other scientists that have been recommended in literature, we were in a position to decide or conclude an expert opinion on the specific case study. To describe a more detailed and accurate study of the crime scene, the findings were divided into three types: a) general conclusions, b) specific conclusions and c) specific conclusions.

c) Finally, considering specific evidence and reconstructive identifiers of the event, held near and distant from the crime scene, and lab results all greatly added specific deductions. The study conclusions are as follows:

THE IDENTIFICATION OF THE SUPPOSED PERSON IN CHARGE IS NOT FEASIBLE DUE TO THE FACT THAT THE LIGHTING CONDITIONS OF THE SCENE ARE PRACTICALLY NIL.