The idea of The Fingerprint Sourcebook originated during a meeting in April 2002. Individuals representing the fingerprint, academic, and scientific communities met in Chicago, Illinois, for a day and a half to discuss the state of fingerprint identification with a view toward the challenges raised by Daubert issues. The meeting was a joint project between the International Association for Identification (IAI) and West Virginia University (WVU). One recommendation that came out of that meeting was a suggestion to create a sourcebook for friction ridge examiners, that is, a single source of researched information regarding the subject. This sourcebook would provide educational, training, and research information for the international scientific community.

The Scientific Working Group on Friction Ridge Analysis, Study and Technology (SWGFAST) prepared an outline of the subjects that should be included in the sourcebook. Charles Illsley, a SWGFAST member, prepared a grant proposal for submission to the National Institute of Justice (NIJ) for funding of the project, with Frank Fitzpatrick as the project director and Alan and Debbie McRoberts as the sourcebook editors. Although many participants in the project were, and some remain, active members of SWGFAST, participation in the project was not restricted to SWGFAST members.

NIJ provided grant funding to the WVU Forensic Science Initiative to support the project and a call for authors and reviewers was extended throughout the forensic community. The prospective authors were asked to prepare a detailed outline and an introduction (approximately 250 to 750 words) for each chapter that they hoped to write. They were also asked to provide a curriculum vitae. Two or more individuals volunteered for most chapters and some chapters had as many as seven volunteers. Reviewers critiqued the introductions and outlines for the various chapters, and Frank Fitzpatrick and I made the final selection of chapter authors. Multiple reviewers for each chapter participated and are listed at the end of each chapter. The curricula vitae for all of the authors and most reviewers are included in the appendix.

After the selection of authors was made and the chapters were assigned to the various authors and coauthors, the chapters were written and multiple rounds of author revisions and review were completed. The chapters were then edited and reviewed again. The chapters were then submitted to NIJ, where additional review and editing occurred. During the NIJ edit and review process, Chapter 15 (Special Abilities and Vulnerabilities in Forensic Expertise) was added to the project because of contemporary importance placed on that research. Those NIJ employees—and contractors, in particular Danielle Weiss and David Fialkoff—who participated in reviewing, editing, and finalizing this book should be congratulated for their efforts in bringing this project to completion.

For those of us who have worked in the field of fingerprint identification during the last 50 years, the influence of the Federal Bureau of Investigation’s (FBI’s) leadership in providing fingerprint training is well known. However, with the creation of SWGFAST in 1995, the FBI showed great leadership in providing a mechanism to promote consensus standards within our diverse forensic community. A brief sketch about the origin of SWGFAST and a list of the past and current members of SWGFAST are included in the appendix.

In the history of fingerprints, no previous effort of this magnitude has been made to assemble as much reviewed information into a single source. I would like to extend my appreciation and the appreciation of future readers to all those authors and reviewers who contributed so much time and effort to make this book a reality. 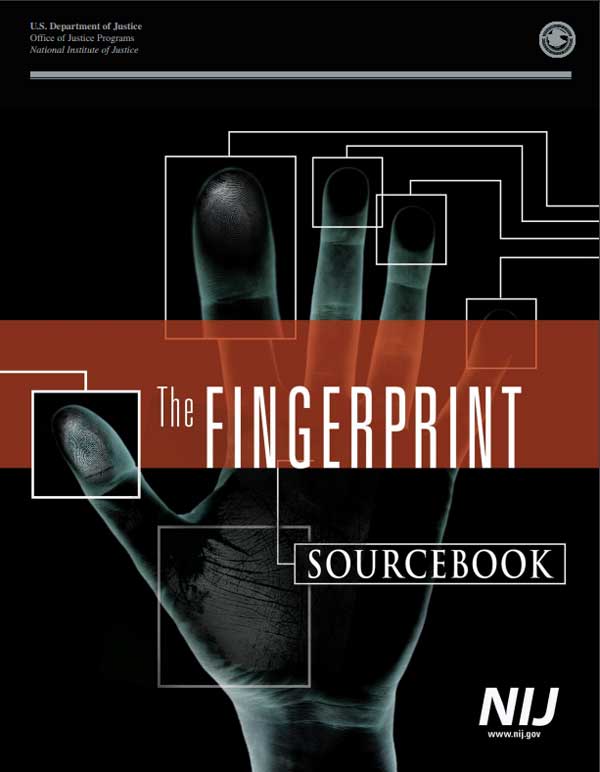 Or read a chapter: