Forensic Science: A Time of Transformation


The field finds itself in turmoil over how experts present their results in the courtroom. 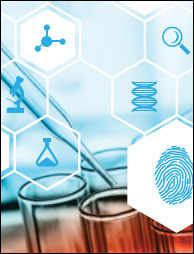 For those in the criminal justice system who like certainty, it was a rough week at the American Academy of Forensic Sciences (AAFS) Annual Scientific Meeting in Las Vegas. The February 2016 conference, themed "Transformation: Embracing Change," reflected the current turmoil in the forensic, legal and law enforcement communities over the roles of science and forensic science and the certainty of evidence presented in the courtroom.

Speaking at a session on jurisprudence, Linda Chezem, a Purdue University professor and retired Indiana state appeals court judge, noted that scientific ethics, particularly forensic science ethics, do not square neatly with the "rule-of-law" ethic of the courtroom. Lawyers do not understand science, and scientists do not understand the law, the former judge observed. Overseeing this conflict are judges who are often "science phobic," she said, including herself in that group. And as forensic science becomes more and more complex, resolving forensics-based disputes in the courtroom is becoming increasingly difficult, she said.

Another session at AAFS saw Henry Swofford, chief of the Latent Print Branch at the U.S. Army Criminal Investigation Laboratory at the Defense Forensic Science Center, warn against using latent fingerprints to definitively identify an individual. He cited one of the center's recent information papers that discusses the "growing debate among the scientific and legal communities" regarding the use of the terms "identification" or "individualization" in court to associate "an item of evidence to a specific known source."

"Central to the debate," the paper says, "is that these terms imply absolute certainty of the conclusion of the fact-finder which has not been demonstrated by available scientific data." The paper calls for latent print experts to use a "more scientifically appropriate framework for expressing source associations." When testifying, the paper says, stay away from specific "identification" and instead use this "recommended" language: "The likelihood of observing this amount of correspondence when two impressions are made by different sources is considered extremely low."

The center's recommendation reflects a broader "lack of certainty" problem that is affecting virtually all of the non-DNA forensic evidence fields, says David Stoney, former director of forensic sciences at the University of Illinois. Stoney, who now heads Stoney Forensic, Inc., in Chantilly, Virginia, is sympathetic to the dilemma this scientific transition is causing for veteran forensics experts.

"Examiners in some forensic science disciplines have been trained that if you aren't certain about your result, you don't say anything," Stoney says. "It's your professional reputation every time you go into court and you've got this great responsibility. It's your job as, say, a latent print examiner to only provide an opinion when you are absolutely sure. That's historically been part of the quality control of the system."

But in the wake of the 2009 National Academy of Sciences report Strengthening Forensic Science in the United States: A Path Forward, that has changed. Many courts no longer accept the "absolutely sure" quality control system, Stoney says, and instead, "we want to have methods to measure the best that we can, and if we don't have those, we want people to say they don't know."

From a purely scientific perspective, where nothing is known with absolute certainty, that may be proper. But for many veteran fingerprint or firearms experts, this less-than-certain approach is a problem.

"These people have been trained another way, and some view this effort as 'You're asking me to do a less competent job, because you're asking me to pretend I'm uncertain when I'm certain, and you're asking me to testify when I'm not certain. It isn't fair. You're undermining my profession,'" Stoney says. "It's not an ego thing; it's changing to a completely different paradigm."

The certainty issue is more than theoretical, as was made clear in a recent opinion written by a District of Columbia Court of Appeals judge in connection with a homicide case. A firearms expert testified in the case that there was a "unique" match between bullet slugs recovered from the victim's car and a handgun found in the suspect's bedroom. The judge wrote that to claim a one-to-one match of a bullet to a gun required the "vision of a psychic" and was based on "foundationless faith in what he believes to be true." The judge concluded that, "to uphold the public's trust, the District of Columbia courts must bar the admission of these certainty statements. We cannot be complicit in their use."

The firearms ruling is part of a trend that has seen the Texas Forensic Science Commission vote to ban bite mark evidence from court and the FBI reveal that a review of trial transcripts found that hair analysis experts made "erroneous statements" in 90 percent of the cases in which they testified.

Underlying much of the turmoil is a fundamental question that many associated with the legal system are asking: Exactly what is forensic science?

"When I agreed to serve on the National Commission on Forensic Science (NCFS), I was stunned by what I saw for the first six months," says S. James Gates, Jr., a University of Maryland theoretical physicist known for his work on supersymmetry, supergravity and superstring theory. Given his work in some of the most challenging areas of physics, Gates, who received the National Medal of Science in 2013, thought his work on NCFS would be relatively simple.

"I thought we just would have to move more science into this," Gates says. "What I found was a far, far, far more complicated environment and organization. I started asking questions such as 'Has anybody really stepped back from what's going on here and enunciated a high-level set of principles that ought to be guiding this?'"

The answer, he discovered, was no. Experts in the forensic fields were mostly trying to put out fires, he says, as opposed to thinking deeply about a set of principles. "Eventually, I came up with a metaphor that might be useful, and that is to compare forensic science to medicine."

For thousands of years, Gates notes, there were local medicine men knowledgeable about the folklore of the healing properties of herbs and plants. "In medicine," he says, "that only really changed in the 1700s, when medicine became amenable to input from science." Gates says that one of the signal events was the cholera outbreak in 1854 in London, where public health, epidemiology and statistics were born. "That marks medicine's moment when input from science replaced the folklore art of practice."

"Now, medicine still isn't science, but it is amenable to the methodologies of science," Gates says. "Medicine will never be a science, but an art. It is a spectrum that you are on."

The comparison of forensic science to the practice of medicine is not unique to Gates. Stoney, who wrote an article in 1988 suggesting a medical model for criminalistics education, says there are a lot of parallels between medicine and forensics.

"The doctor is applying judgment to a set of tests, a set of observations," Stoney says. "A firearms examiner is doing a similar thing: doing tests, making observations and making a judgment." Both the doctor and forensic examiner assess a range of risks, take the best science they have and decide what the next steps should be, he says.

"That analogy breaks down when you say what happens next," Stoney notes. "If the forensic scientist says, 'It's his gun' or 'He did it,' that's different than a doctor saying a guy has the flu. If the doctor is wrong, there is some ground truth at the end of it [in the form of a sick patient], and you will find out. But in the criminal justice system, how do I know it's the wrong guy? I don't."

Gates notes that defining forensic science is made more difficult because it is a segmented problem, one part being the system and technology that can accurately identify a latent print and another part being a court case where the fingerprint expert is not allowed to use a print to definitively identify a specific person. In addition, he is concerned about the conflicts among the four distinct cultures that exist in the community: scientific, engineering, legal/jurisprudence and law enforcement.

"So what does a fingerprint expert testify to?" Gates asks. "If you make the argument on the basis of science, then the first thing you have to recognize is that science is never perfect. Never expect science to give you perfect answers because it is impossible to do so."

The transformation under way in how forensic science functions and how the broader legal community perceives it promises to tie the field closer to the traditional hard sciences, such as physics and chemistry. But exactly what the end product will look like is far from clear.

NIJ supports strengthening the underpinnings of the forensic science disciplines through its research and development program. "A key goal of the program is to support research in the forensic sciences and direct results of that research toward more discriminating and accurate methods of analysis and interpretation of physical evidence," said Gerry LaPorte, director of NIJ's Office of Investigative and Forensic Sciences.

Gates describes himself as "an enormous fan" of the potential progress from the NIST/OSAC work. "They are really putting in place and evaluating observational and experimental technology and vetting their reliability," he says — work that is necessary to move forensics forward.

"Twenty years from now, I'd like to have a judiciary that is far more comfortable with science-based evidence than our current judiciary," he says. "For forensic scientists themselves, I would hope that the community, looking back 20 years, will have engaged in a vigorous reconceptualization of its practices and ethos in order to deliver a higher quality of evidence to court cases."

Stoney foresees rough spots in the forensic science transformation but believes that forensic testing will become more quantifiable and objective. "We'll eliminate individual biases as best we can," he says. But if the push to eliminate bias means creating crime laboratories that are removed from law enforcement, he says, that will create a new problem.

"We're going to find out that there are a lot of things laboratory tests could help [a police investigation] with but that don't involve definitive results," he says. "There are things that give you very good clues but aren't giving you solid proof. A good estimate from science about what a clue means has a place in the criminal justice system, even if it's not the courtroom," he says. "A good portion of what science has to offer is having reasonable hunches."

Stoney's concerns reflect the view Chezem expressed at AAFS that forensic science ethics do not square neatly with the "rule-of-law" ethic of the courtroom.

About the Author
Jim Dawson is a forensic science writer with Palladian Partners, Inc.


The Crime Scene Investigator Network gratefully acknowledges the U.S. Department of Justice, Office of Justice Programs, National Institute of Justice, for allowing us to reproduce, in part or in whole, the article Forensic Science: A Time of Transformation. The opinions, findings, and conclusions or recommendations expressed in this article are those of the author and do not necessarily represent the official position or policies of the U.S. Department of Justice.